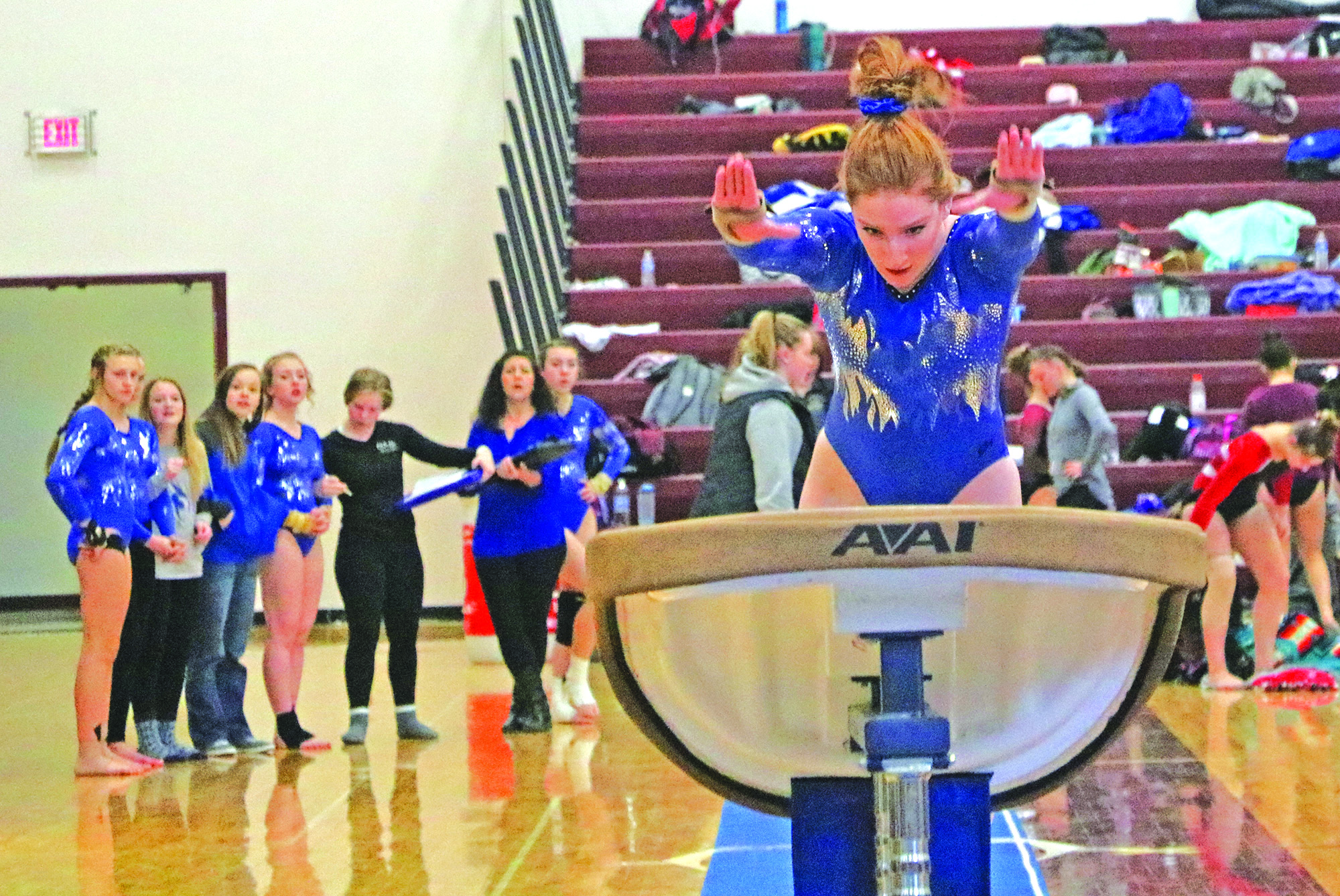 MADISON – In a meet that featured all but one of the state’s 14 Class “A” gymnastics teams, the Hot Springs Bison gymnasts faced their toughest competition of the season this past Saturday at the Madison Invitational and now have a good idea of where they need to improve as they prepare for regions later this month.

Hot Springs placed eighth overall with 119.8 which was just .575 away from seventh place West Central-Montrose (120.375) and down more than five points from their previous week’s meet in Stanley County.

Tierra Schroeder was Hot Springs’ highest scoring gymnast as the senior earned a 31.825 all-around which tied for 12th overall. Her best events were balance beam (7.95) and floor exercise (8.475) where she placed 14th and 15th respectively.

Eighth-grader Jaylen Nachtigall scored a 30.375 all-around which was 19th out of 48 competitors. Her highest scoring event was floor exercise (8.4) where she tied for 19th overall.

Another sophomore, Aerial Bochmann, competed on two events including scoring an 8.035 on floor for 30th place. Others who competed varsity included freshman Jillian Simunek who scored a 5.925 on bars and junior Julia Russell who scored a 7.65 on vault.

Hot Springs’ JV finished sixth with 110.05, which was the highest JV team score of the season.

Eighth-grader Jenna Ellis was the only all-around competitor for Hot Springs as she placed 11th with a personal-best score of 26.75.

Freshman Taylor Pulscher was the team’s lone medalist as she took the awards stand on balance beam where she placed eighth with a 7.25. Other Hot Springs JV competitors and their best performances include seventh-grader Carlie DeBoer with a 6.0 on bars (13th), freshman Serenity Graf with a 7.3 on floor (29th), freshman Jewels Brown with a 6.7 on beam (18th) and eighth-grader Emma Wieseler with a 6.85 on floor (37th).

Hot Springs junior Julia Russell competes in the vault in Madison this past weekend.