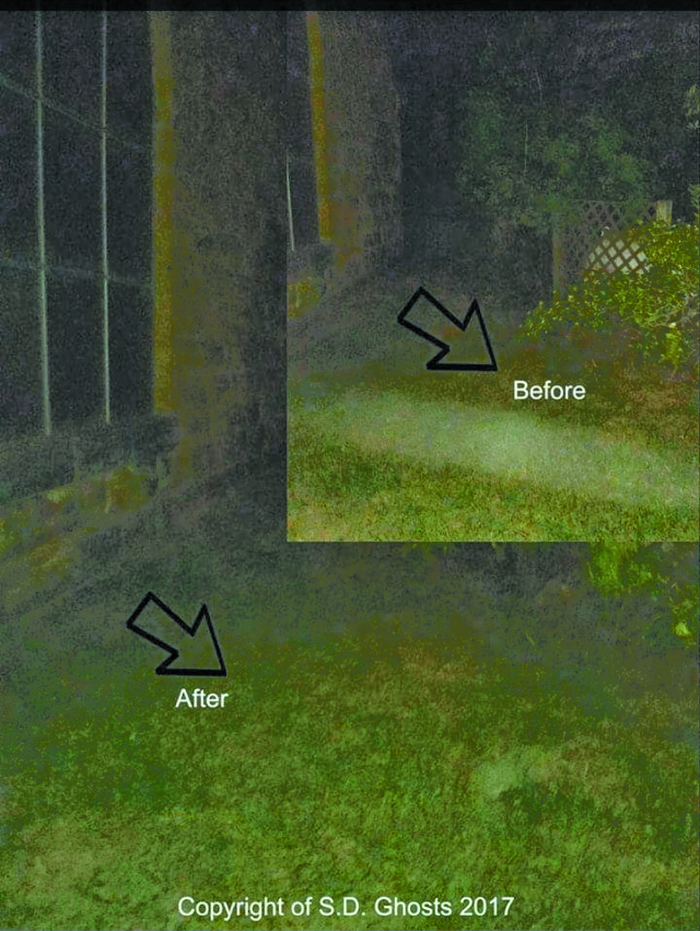 HOT SPRINGS -- Have you ever heard things that go bump in the night? Perhaps you’ve seen something scary and mysterious and you think people will call you crazy if you talk about it. Maybe you’ve noticed a scent or essence of someone who’s passed away. Consider the possibility that you may have ghosts in your life.

Fear no more. SD Ghosts Paranormal Team (SDGPT) to the rescue! Their catch phrase is “We ain’t scared of no ghosts!”

Shawna Nelson, 38, a principal investigator with SDGPT, said, “my brother-in-law, James Webb, and I started the paranormal experience in 2004, just two years after my son was born, and all due to living in a haunted home myself.” Nelson said her home’s ghostly resident exhibited poltergeist tendencies and would go around giggling. “That’s what started our journey in the field,” said Nelson.

Both Nelson and her colleague in the ghostly realm, James (“Ghetto”) Webb, have been following the paranormal activity in the Hot Springs area and county-wide. The group went public in September of 2017, opening up their “family business” to like-minded individuals who joined the team. Nelson said they began to see community support in 2018. “It truly took off from there,” she said.

“We literally did a Google search about paranormal activity in western South Dakota and discovered local venues such as Evergreen cemetery and the State Home cemetery, and theVictory Bar in Edgemont. We actually contacted them and they agreed,” said Nelson.

Webb, 38, said he is interested in investigating paranormal activity around the Alex Johnson Hotel in Rapid City, and Nelson alluded to a possible future gig at the Bullock Hotel in Deadwood. “I have friends around Rapid City who say they’ve seen things, and I want to be the one to know if their stories are real. If they are, there’s some pretty wicked stuff happening in Rapid City,” Webb said.

Nelson described how an investigation gets started after a venue has been selected. “First we meet the night before a search, assemble the team, talk about what we’re going to do, and what they can expect, so they’re not walking in there blind. On Saturday, before we even go around the property we’re searching, we say a prayer. The team then splits up into small groups to begin the quest for confirmed paranormal activity.

Webb said, “Depending on how big of a group we have, we split into threes or twos so we can hit up more areas in one spot. For example, at the Evergreen cemetery, we had three groups.” Nelson said they didn’t discover a lot at Evergreen. Their night vision cameras do pick up things like orbs, bugs, and bits of dust.

“We did catch some words on an app that we use,” said Nelson. “One of the words was bloodletting,” she said, “And we clearly heard a gunshot.” Nelson reported that “bloodletting” was heard in more than one location.

Bloodletting was considered a medical tool to rid the body of toxins back in the day. George Washington was believed to have perished by this practice even as doctors fought to save him.

Webb said about his passion for ghost hunting, “Growing up I could see things, and would get laughed at when I talked about it.” His quest is evidence, proof that ghost phenomena are present in the everyday and mundane. As he continues to discover and quantify the evidence, he describes a personal favorite find. “Way back in the day when we went up to the Pioneer Museum, I got a clear picture of a woman holding a baby, in cloud form,” he said. That was all the evidence he needed to continue to pursue his avocation.

SDGPT’s mission is to “help educate our clients and community about the paranormal, help them understand that you can coexist with spirits and sometimes it’s a loved one who has passed guiding and protect you. Also, we want to help put Hot Springs on the map as more than just a tourist town.”

SDGPT offers its services at no cost to the client. “When you contact us, we get right on it, schedule a sit-down, ask questions, do research, and when everything is in place, we investigate the client’s location. Never will we ask for a fee,” said Nelson. “However, if anyone wants to sponsor or donate to our team, we would never say no,” she retorted.

“We want to help validate the claims, put false ones to rest, and educate,” said Nelson, adding that some places they go into test even their fear. They do have a motto for that, “Paranormal investigators don’t have limits.” Nelson added, “In this field, you truly can’t. You will be pushed to your limits and it’s better to face them rather than run away from them.”