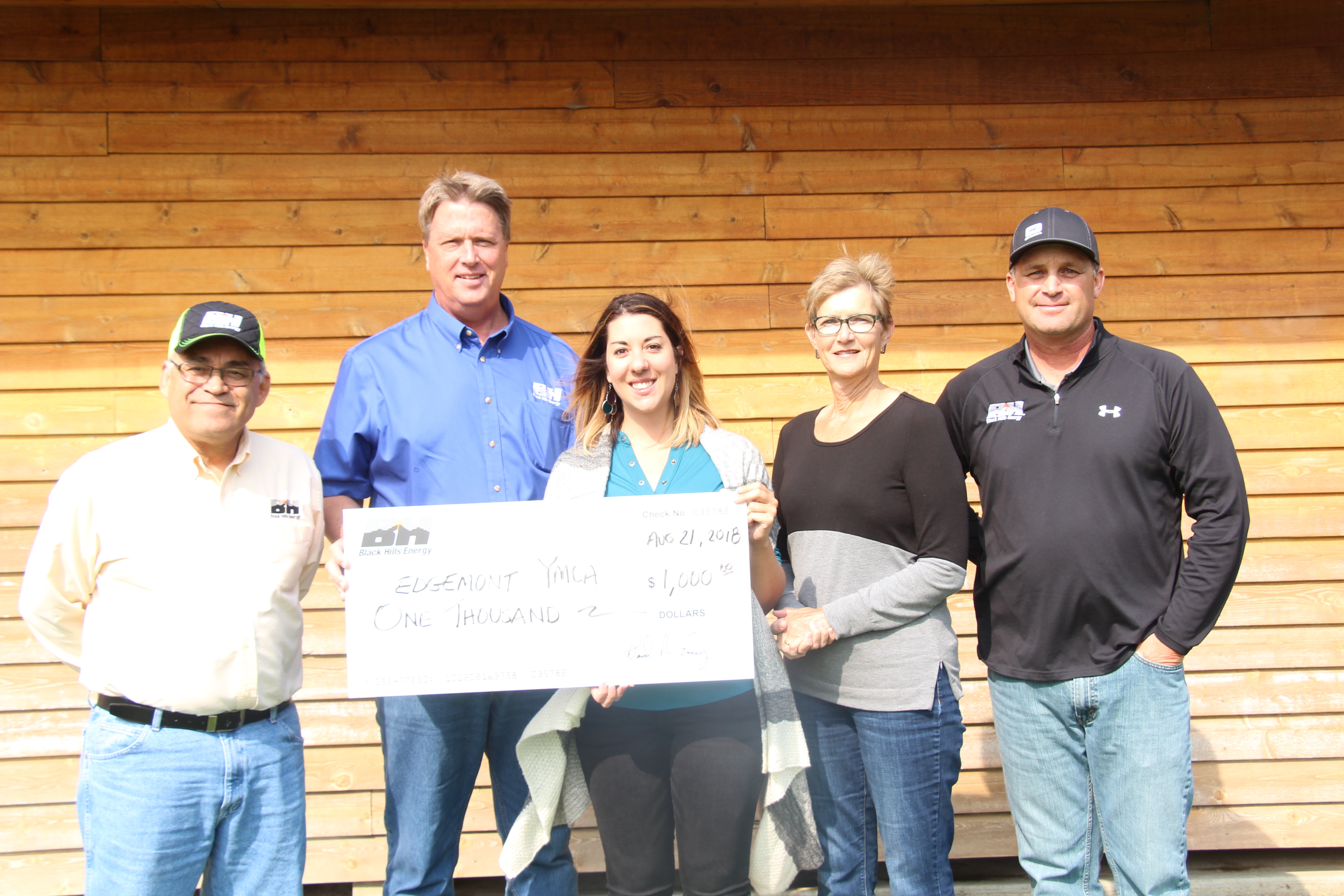 According to Usera, this was the second check presented this week, following a check presentation to the YMCA in Custer. The $1,000 checks are the result of each YMCA organization applying for the assistance to help fund their individual youth scholarship programs. The check received by Babb and Tidball will go directly to the Edgemont YMCA Scholarship Program.

“This check presentation is an extension of us giving back to the YMCA and other community agencies,” Usera concluded.