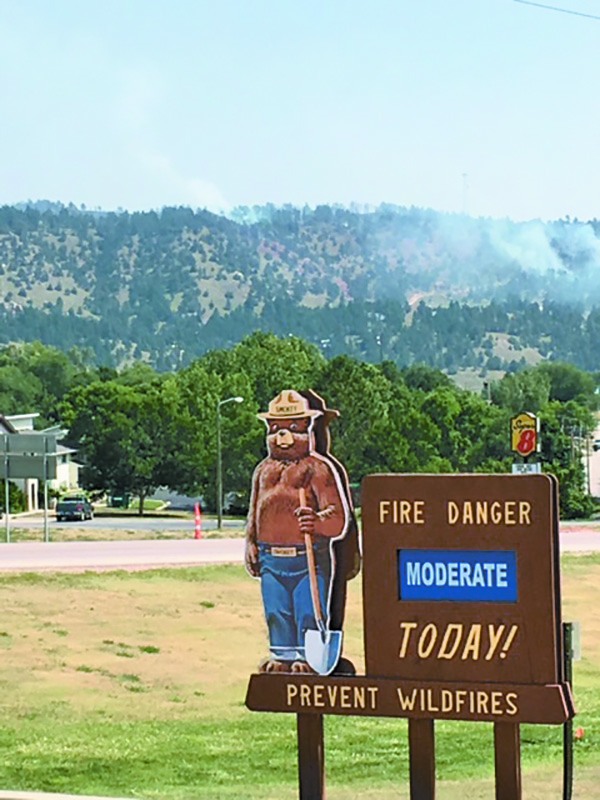 Expect to still see smoke, but fire not going anywhere

HOT SPRINGS – The Vineyard Fire was a topic mentioned repeatedly at the Hot Springs City Council on Monday, Aug. 20, as Mayor George Kotti and a number of other city council members and city staff praised the work of fire fighters and first responders in helping to save resident’s homes and personal property in the wake of the wildfire, which started near the eastern city limits on Saturday, Aug. 11 and would eventually force the evacuation of 70 to 80 homes, but not burn any homes.

Officially, the fire consumed 560 acres and still has some personnel patrolling the perimeter, according to Incident Commander Steve Esser.

He said his office in Hot Springs is continuing to receive multiple calls daily from residents seeing smoke, but he said the perimeter is 100 percent contained.

“We could have hurricane-force winds, and that fire is not going anywhere,” he added, while citing that much of the smoke people are seeing are in areas well inside the burned area and in places too dangerous to send fire personnel anyway.

Esser added that people may expect to see smoke for a couple more weeks as fuel continues to burn itself out.

Councilman Bill Lukens, who serves on the city’s Public Safety Committee, praised the work of all the firemen at the council meeting. In their most recent committee meeting, he said three items were discussed in regard to the Vineyard Fire, including the need for constant access to the Incident Commander, the need for a designated coordination center, and that the city needs to replace a number of its radios. He said this could total approximately $26,000 to do so.

Councilman Ron Richards, who sits in on the Volunteer Fire Department meetings, said he passed along the city’s appreciation to the local department’s handling of the fire. He said it was discussed how everyone felt the evacuations went well.

Esser said the cause of the fire is still under investigation.

With the Vineyard Fire burning on the hills in the background, Smokey Bear sign on the Hwy 18 truck by-pass warns of “Moderate” Fire Danger in this photo taken by Bill Martin earlier this month.