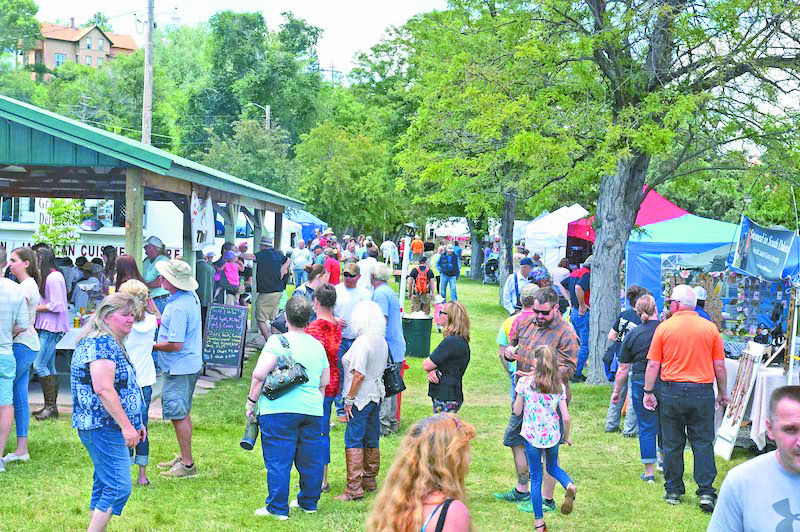 HOT SPRINGS – The Main Street Arts and Crafts Festival has been a part of the summer activities in Hot Springs since 1976. At that time, local business owners Art and Beulah Donnell wanted to start an event that would showcase the work of local and regional artisans and feature the event as part of the USA Bicentennial.

Centennial Park in downtown was chosen as the perfect site for the event because it was long and narrow similar to a city street, hence the name “Main Street.”

A local group, the Hot Springs Area Arts Council, a group that has since disbanded, helped at one time to sponsor the event. In the early years, only local artisans were involved. Over the years it has grown to include artisans and visitors from several states. This year, vendors are traveling to Hot Springs from six nearby states and is one of the featured events in the list of summer activities in the South Dakota Visitors Guide and the South Dakota Magazine. Many local organizations as well as individuals have contributed and continue to contribute to the success of the event.

The current co-chairmen of the standing committee are Gerald Collogan and Frank Mason. They have been involved in the festival since the early 1990s.

Centennial Park in downtown Hot Springs will be filled once again this weekend at the 42nd anniversary Main Street Arts & Crafts Festival.