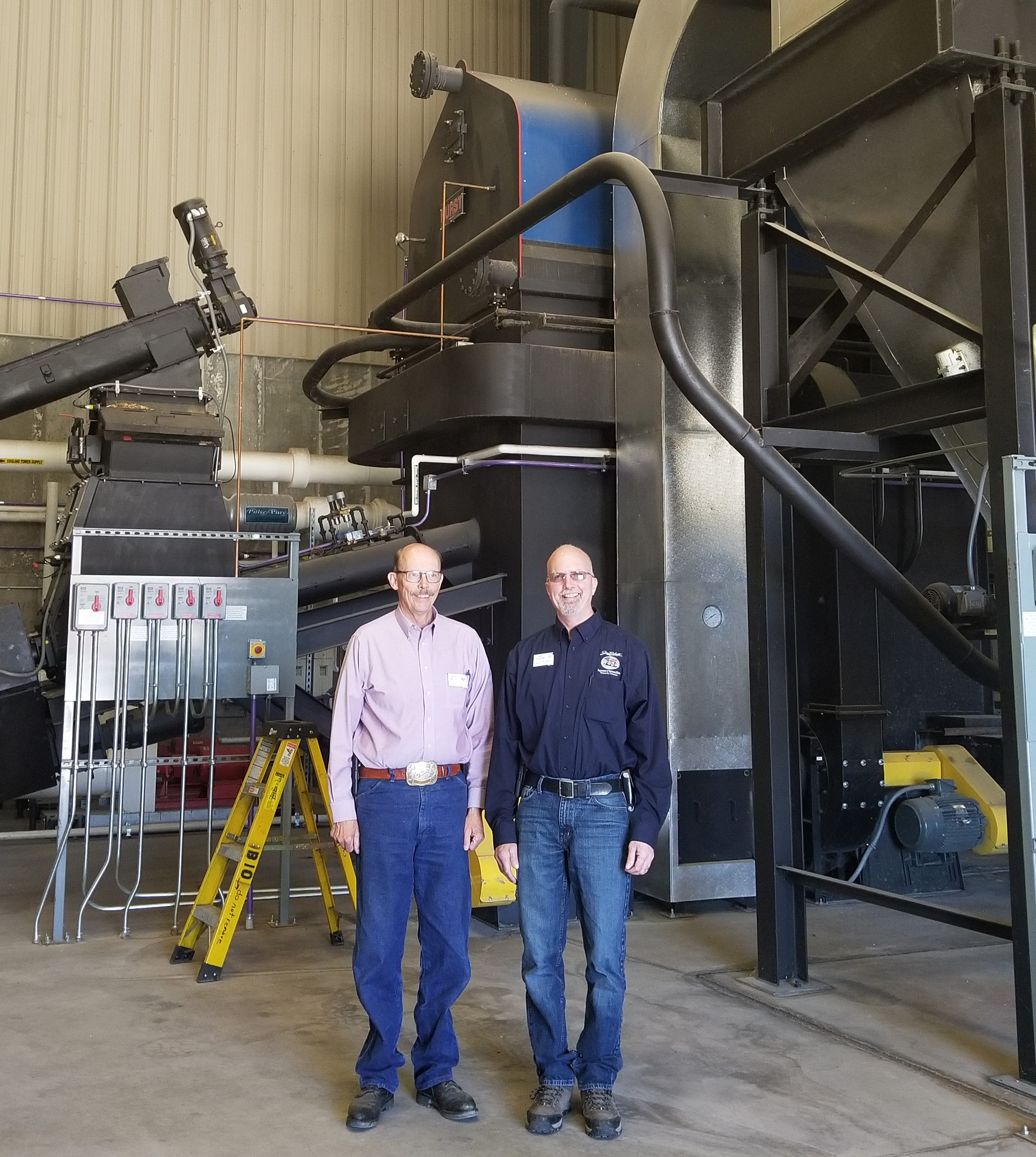 HOT SPRINGS -- Sitting atop Minnekahta hill, with a colossal American flag waving in the breeze, is the now two-year old building that is the Michael J. Fitzmaurice State Veterans Home (SVH), successor to the quaint but antiquated series of buildings in which residents were formerly housed. The state-of-the-art facility provides care to those who served our country with honor and valor, in a way that fosters independence and makes the residents feel at home.

The new facility now features “households and neighborhoods,” pods that house residents in home-like settings that feature names the residents selected by vote, such as Veterans Lane, Old Glory, NASA, Stars & Stripes, Custer, and Joe Foss. These neighborhoods are assisted living and nursing care units. The independent living households are tagged South Pacific and JASCO (Joint & Assault Signal Company) and feature 24 apartments. All apartments have modern amenities, with bathrooms that remind one of a five-star hotel. “The rooms are more than rooms, they are suites, double the size of our former rooms,” said COO Randy Meyers, who gave us the grand tour.

The tour was enlightening and often jaw-dropping, as no expense was spared to ensure our veterans are cared for in a relaxed, homelike setting. “Two households make a neighborhood,” said Meyers about the concept. “Everything is all done in the household, which features a living room, home office, and full kitchen,” he said. While the households have the ability to cook in their kitchens, the main entrees come up from the main kitchen and are placed into steam tables and served by staff. “We don’t have housekeepers, medication aides, or CNAs (certified nursing assistants), we have homemakers and certified homemakers,” said Meyers. “It’s a blended job, and is part of the culture change that is the new normal,” he added.

The common food service area for staff and visitors is called the Bistro, which is served by an enormous, spotless, stainless steel commercial kitchen, currently run by Aviands Food Service. “Residents don’t generally eat in the Bistro,” Meyers said, “They generally eat in their household dining room with their household staff.” The Bistro is open to anybody, with occasional wine and cheese socials, and post-church service fellowship.

On site there are a beauty salon and a barber shop, a chapel with a projector, Ipad on the wall, and HDMI USB ports on either side. For hearing impaired residents, headsets are available, and for residents who want to watch services from their rooms, the SVH has its in-house television channel, number 89. There’s a library, post office, pharmacy, and physical therapy rooms. “We contract with Fall River Health Services for speech, occupational therapy, mental health, and primary care,” said Meyers.

The new building is not just all glam and glitz and old glory, however, as there are unseen support systems that create an atmosphere of clean air and warm heat in the winter, air conditioning and hot water in the summer. “Basically, all the air comes in from outside, is filtered down through the building, and comes out to the individual rooms. The building recycles its air several times an hour. We have had very little illness by having that fresh air constantly coming in and being exhausted out,” said Meyers.

Next stop on the tour was the HVAC system, aka the Biomass boiler building. The SVH is heated entirely by wood, which is also the hot water source. According to Bob Etzkorn, Physical Plant Manager I, “Wood chips are delivered in trucks that have an enclosed trailer with a walking floor. In the winter we go through a load in a day and a half. When it’s 80 degrees in the summer, that same load will last about seven days, because of less demand, using it only for hot water.”

Etzkorn discussed the efficiency and economy of the behemoth system, one of two on this side of the state. “In the winter if we were using fossil fuel, that same amount of propane to supply the demand at this facility versus burning wood chips would be nine hundred to a thousand dollars per day more. This time of year it would be three to five hundred dollars a day. In the summer we use about one hundred to one hundred twenty-five pounds per day; in winter five to six hundred pounds a day. We measure it in pounds per hour. With a heavy load we’re 5,000 – 7,000 pounds per hour. This time of year we’re probably between 1,500 – 2,000 pounds.”

The process begins with a vibrating conveyor with a screen that dumps any large wood chips, which are called “overs.” These end up in the landfill. There are metering screws taking the wood chips to the back of the boiler. As the metering screws turn there’s a revolution counter. “For every so many revolutions of the metering screws, we have walking grates inside the boiler that will move the fuel forward. At the base, about a foot before, there’s ash, which falls out into a wet ash container, then goes to the landfill,” said Etzkorn, who formerly worked in the Biomass plant at Star Academy. “The big thing is an induced draft fan, which creates a suction that pulls the exhaust gases out to a precipitator, which creates a positive and negative charge. Four times a day, a current voltage goes through there, it shakes and rattles the plates inside and the wet ash falls off and we collect it in a barrel,” said Etzkorn.

“It’s a very efficient piece of equipment,” added Etzkorn. “The temperature inside the boiler is anywhere from eight hundred to seventeen hundred degrees and by the time it discharges out the stack, it’s about two hundred fifty degrees, so we’re utilizing all that energy.”

Meyers allowed that the system has been “relatively problem free.”

For readers with questions about the other buildings on the old campus, Meyers said that Building 2, aka the Men’s Building, has been completely overhauled, with new roof, gutters, windows, plumbing, wiring, and HVAC system. “We have converted a number of those old rooms on the first and third floors into efficiency apartments for staff who live there now,” said Meyers. “It’s a good recruitment tool for us,” he said, noting that part of the rental agreement includes emergency staffing if other staff members are unable to get to work. “It’s a good safety net to have staff on the premises and a good revenue source,” he added.

Building 1 has been designated a surplus property with plans of selling to the city of Hot Springs for $1. The city has said they then plan to sell the building to Southern Hills Future Foundation, which will then be used for economic development purposes.

The old dairy barn has a new roof, has been painted, stabilized and is a viable structure now. “We used a historic preservation grant from Deadwood to straighten the barn and reinforce it,” said Meyers “We’re just using it for storage now, but the residents would like to see us having barn dances in it.

Barn dances and wine and cheese socials aside, the facility offers amenities to residents that are above and beyond the SVH’s former existence, and is a lasting tribute to those who served. God Bless America!

COO Randy Meyers (left) and Bob Etzkorn, Physical Plant Manager I, stand in front of the gargantuan boiler. called a Biomass System. The Biomass System provides heat in the winter and hot water year round the residents and staff at the State Veterans Home.