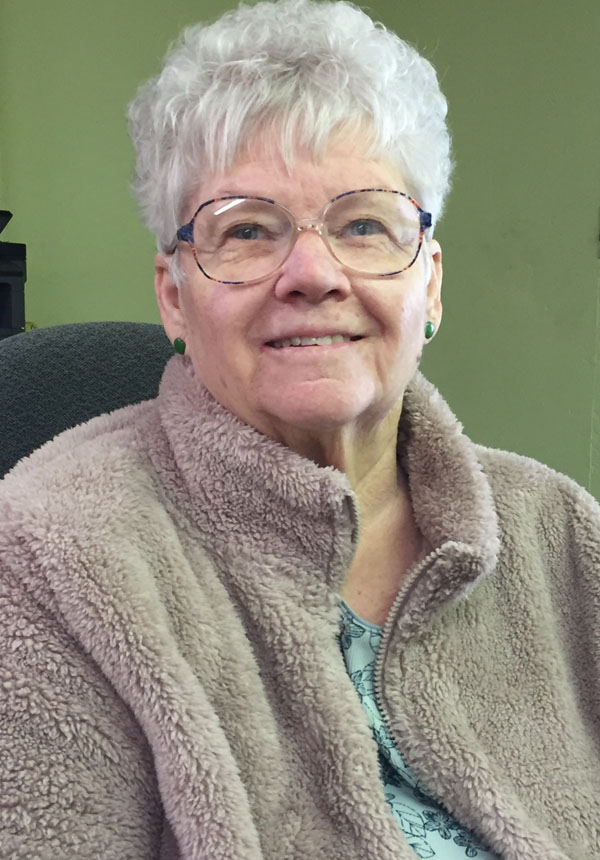 EDGEMONT - On April 1, 2018, for the first time in 32 years, Gay Darrow had no obligation to the Edgemont Volunteer Ambulance Service.

Darrow faithfully served the Edgemont Volunteer Ambulance Service as an Emergency Medical Technician for the past 32 years, also serving as Vice President to the ambulance board for a few years during that stretch of time. She participated in acquiring the new ambulance shed and  happily served in the new ambulance building for several months before her planned retirement.

During those many years as an EMT, Darrow also served her community as the Director and Teacher for the Edgemont Children’s Center, a YMCA-run preschool. Darrow retired from this position in August 2011 after 30 years of instructing the tiny minds of Edgemont.

Darrow, born in Phoenix, Ariz., married her husband George Darrow on July 15, 1967, and the pair moved to the area in 1970 when they found themselves helping out with the family ranch in Dewey. After tending to the family ranch just 17 miles northwest of Edgemont, the duo moved into town around 1976 and still reside in that same house today.

Darrow recalls how the town looked when they relocated into town, saying there were “all dirt roads with no curbs. The fairgrounds were the only thing by us in 1976 that exists today.”

Darrow’s husband was an Engineer for BNSF Railroad until his retirement 11 years ago in 2007. Before working out of Edgemont for BNSF, Darrow had been a Section Foreman at Dewey for several years, beginning in 1974. The couple now enjoys retirement together, spending time at sporting events cheering on their grandkids and supporting their family’s military careers.

The Darrow’s have three sons who have all chosen a path in life that involves serving their country. Their oldest son Jay, 48 served in the Air Force and has two sons. His oldest son Rodney, 22, is currently stationed in Japan for the Airforce and will be reporting to his new station in Virginia on April 17. Jay’s youngest son, Grant, 16, is a freshman at Edgemont.

Gary, 45, the Darrow’s middle child also resides in Edgemont with his family. Both he and his wife Kim previously served in the U.S. Navy. Their three sons Kaleb, 18, Kolton, 15 and the youngest Keaton, 13 all attend Edgemont.

The youngest of the Darrow sons is Greg, 39, who lives in Spearfish with his wife and three kids, Charity, 17, James 15 and Marissa, 14. Darrow proudly stated that all three of her sons and their spouses work for the Veterans Affairs Black Hills Health Care system in Hot Springs and through Fort Meade in Sturgis.

When recalling the best parts of her career as an EMT, Darrow stated, “Being able to help everybody and being appreciated. Just being able to be there for people is really rewarding.” Her least favorite part of the job, understandably, is all of the car wrecks she has seen in her 32 years as an EMT. “I’ve seen a lot of bad ones over the years,” Darrow recalls.

According to Darrow, when she first started with the ambulance service there were 20 EMTs, now there remains just one EMT, Paul Nelson and two regular volunteer drivers for the ambulance service. Many times, an ambulance will need to come from Hot Springs, which puts them at least 20 minutes away from an Edgemont emergency. “This is where you lose the Golden Hour,” Darrow comments, “20 minutes to get here, load up the patient and perform life saving measures and by the time you get back to Hot Springs the clock is at hour.”

Darrow is hoping to see more youth in the community take an interest in becoming an EMT. According to Darrow, three students took the first responder test back in October 2017 and are still waiting to be tested. Those students are able to complete their tests at any time and Darrow urges them to complete that task to become an EMT. There are always EMT classes held in Hot Springs and Custer, taught by the training officer Ruth Airheart.

Now that Darrow is officially retired, she continues to volunteer at the preschool and YMCA as a substitute when it is needed. She also spearheads the “Welcome to Edgemont” committee, greeting new residents with a packet of posters and the local Fall River County Herald newspaper, while encouraging them and giving them any needed information. She currently greets about four to six new residents a month, stating that many are retirees looking to settle in Edgemont where the cost of living is a lot lower than other places in the U.S.

Darrow herself is full of Edgemont Pride and proudly represents the community to those new residents. When asked of her and George’s decision to settle into Edgemont in 1976 she says of that decision, “This is where we want to be, and this is where we will stay.”