EDGEMONT - John Henderson grew up in Edgemont, having much of the same experiences as any kid growing up in Edgemont has today. But Henderson’s journey after graduation in 1989 has taken him all the way to the The Pentagon in Arlington County, Virginia, across the Potomac River from Washington, D.C., where he was recently named the Assistant Secretary of the Air Force for Installations, Environment and Energy. 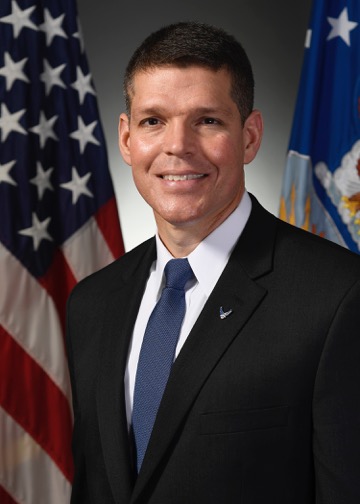 Equipped with an ROTC Scholarship, Henderson attended School of Mines and Technology in Rapid City where he received his Bachelors of Science in Civil Engineering in 1994. He furthered his education in 2002 by graduating once more from School of Mines and Technology with a Masters of Science degree in Civil Engineering with a focus on water resources.

Before Henderson retired as a Colonel in July 2017, he spent his last two years on assignment as the Commander of the Omaha District, U.S. Army Corps of Engineers. According to Henderson’s mother, Jane Ann Henderson of Edgemont, during this command post which started on July 31, 2015, he was involved with the Dakota Access Pipeline where he maintained the area and was the face of the U.S. Corp of Engineers for that project. Here he assisted in resolving issues that arose with the project and subsequent protests.

According to the U.S. Army Corps of Engineers website, as the Omaha District commander, Henderson had overseen an annual program that encompasses more than $1 billion spread out over 1,200 military construction projects across eight states, civil works projects in nine states and environmental restoration projects in 41 different states.

Alongside a team of about 1,300 professional Army Civilians and military service personnel, the Omaha District team led by Henderson operated over a 700,000-square-mile boundary. According to the U.S. Army Corps of Engineers website, the team operated “the six main stem dams on the Missouri River and 21 tributary dams for congressionally-authorized purposes. Within its 700,000-square-mile boundary, the Omaha District also manages the design and construction of facilities for the Army and Air Force, coordinates the cleanup of hazardous, toxic and radioactive waste sites for the Department of Defense and the Environmental Protection Agency, and provides regulatory and real estate services that benefit the Nation.”

The prospect of becoming a Pentagon employee started back in early September, according to Henderson’s mother, when he received a nomination from President Trump for the office of the Assistant Secretary of the Air Force for Installations, Environment and Energy.

Following the President’s nomination in September, Henderson was introduced by South Dakota Senator Mike Rounds at his own confirmation hearing before the Senate. Henderson went through his confirmation hearing on January 18 at 9:30 a.m. where a live-stream interview with the Senate was available for the public’s viewing. That process was concluded, according to Henderson’s mother, after it was sent back to President Trump for review and went to the Senate for a vote to approve or deny the appointment.

The long process paid off for Henderson. According to a press release from the U.S. Army Corps of Engineers, Colonel John W. Henderson, was sworn in as the Assistant Secretary of the Air Force for Installations, Environment and Energy on February 20, 2018. The Corps of Engineers goes on to describe his new appointed position. “As an Assistant Secretary of the Air Force, Henderson is responsible for the formulation, review and execution of plans, policies, programs and budgets to meet Air Force installation, energy, environment, safety and occupational health objectives worldwide.”

After retiring this past year from 23 years of dedicated service to the Army, February 20 marks the beginning of a new journey for Henderson. In response to this achievement and his new responsibility Henderson remarked, “I am honored and extremely proud to assume this new position as an Assistant Secretary of the Air Force. I am grateful to Secretary of the Air Force Heather Wilson for this opportunity and I am excited to help her address the challenges faced by our Air Force, improve the quality of life for our Airmen, and work with the many strong communities who support our Airmen and their families.”