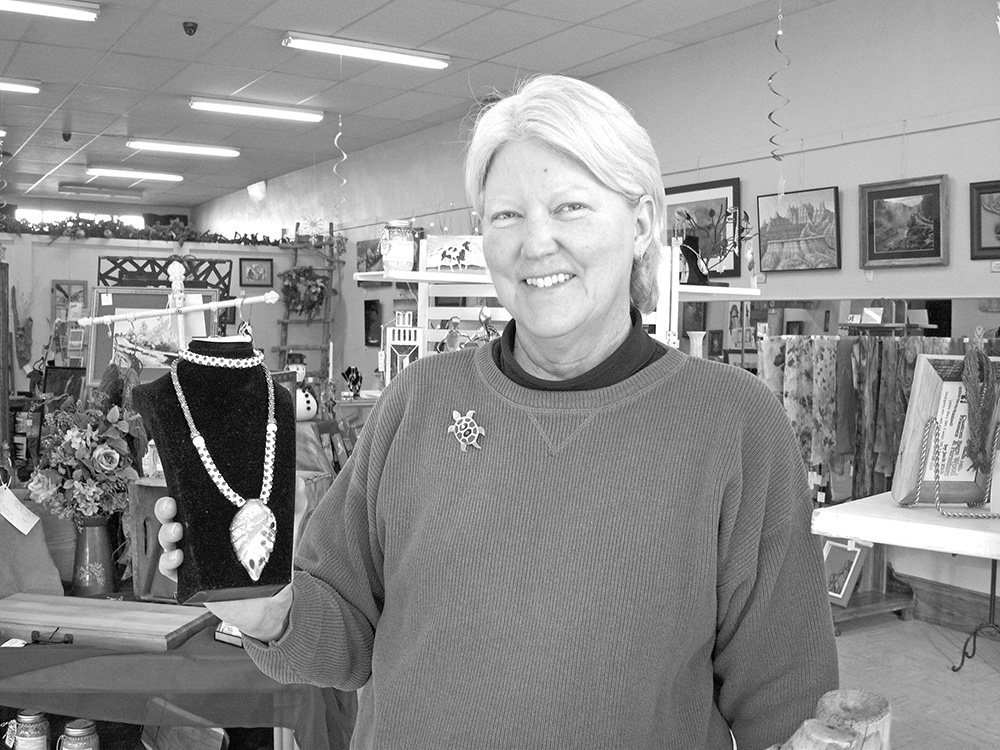 HOT SPRINGS – She sits quietly, fingers flying, creating intricate designs from mere threads, using a tool called a shuttle, no bigger than a few inches. Just her, the plastic green shuttle, the thread, and her fingers. She is tatting, basically making handmade lace using an old-fashioned art form that went by the wayside when lace met mass production with machinery. 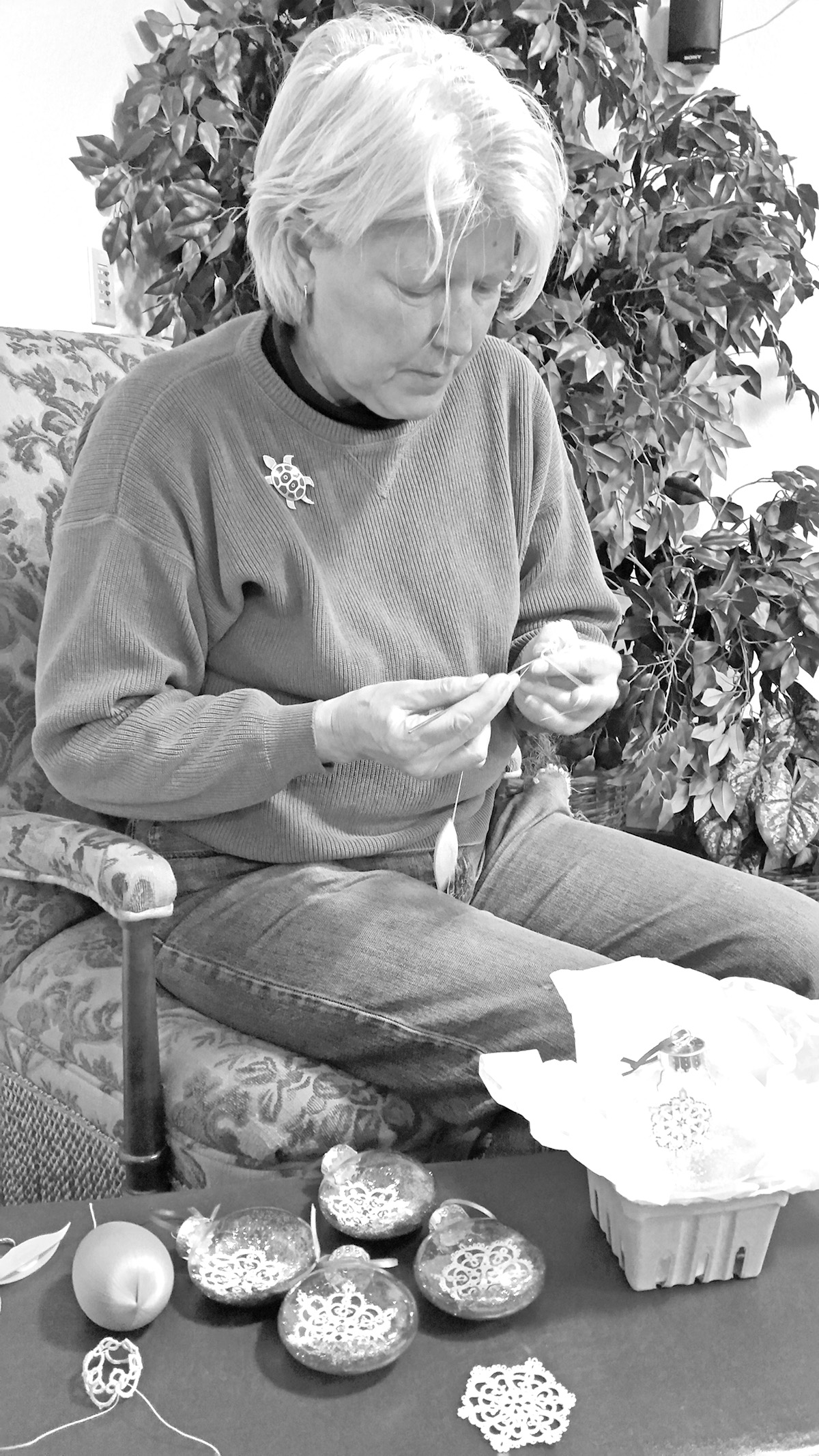 Ina Winter is accomplishing her post-retirement goal, learning how to tat. “I taught myself with help from books and DVD’s,” said Winter. “It’s an old craft, a rare but not forgotten craft that was related to net making, back in the day three or four hundred years ago, and then became a pastime for ladies to do, on a smaller scale.”

From a Victorian era article, “Tatting is a technique for handcrafting a particularly durable lace from a series of knots and loops. It can be used to make lace edging as well as doilies, collars, accessories such as earrings and necklaces, and other decorative pieces. The lace is formed by a pattern of rings and chains formed from a series of cow hitch or half-hitch knots, called double stitches, over a core thread. Gaps can be left between the stitches to form picots, which are used for practical construction as well as decorative effect.”

Tatting dates to the early 17th century. The term for tatting in most European languages is derived from the French, frivolité, which refers to the purely decorative nature of the textiles produced by this technique, developed to imitate point lace. In Germany, tatting was usually known by the Italian-derived word occhi, which refers to the boat-shaped shuttle tool used by tatters, and in Italian, tatting is called chiacchierino, which means “chatty”.

Winter is a retired civil engineer from Nebraska who moved here four years ago with her husband, Brad, and their dogs. A civil engineer tatting? The contrast is dramatic, until you hear Winter’s words, “I have a degree in mathematics and knots are mathematical,” she said, and noted that once she made that discovery, it was clear the direction she should take in learning the art form.

She said that, though tatting became out of vogue for an era, there is moderate renewed interest, mostly by women, with a handful of male tatters as well. “Eastern Europe and Japan are two hotbeds of tatting creativity and designs,” she said. While there’s not much demand for lace in modern times, Winter said a technique called “Ankars” has become popular. “It’s really dense tatting with beads and stones, and makes really beautiful jewelry,” she said.

Another technique that interests Winter is called Kumihimo, a Japanese style of braiding cords and bands, traditionally silk, and really tough. “The braided cords of Kumihimo were traditionally used to bind the lacquered plates of the Samurai armor, and were also used to make obijime, a cord that helps secure the wide belt (obi) of kimono dress,” said Winter, who considers herself a long time student of Japanese culture and arts.

Winter  cautions, “Tatting is not for the faint of heart. You have to pay attention to where you are, depending on the intricacy of the pattern. It’s really easy to make a mistake and kind of hard to correct it. You have to have pretty good eyes and lots of patience.” Winter’s artwork can be seen at Chautauqua Artisans Market.

Aside from her crafty creations, Winter will be running as a democrat for the legislature in the primary election in June and the general election in November.

Ina Winter shows an example of Kumihimo in the jewelry set she created, which is on display at Chautauqua Artisans Market.