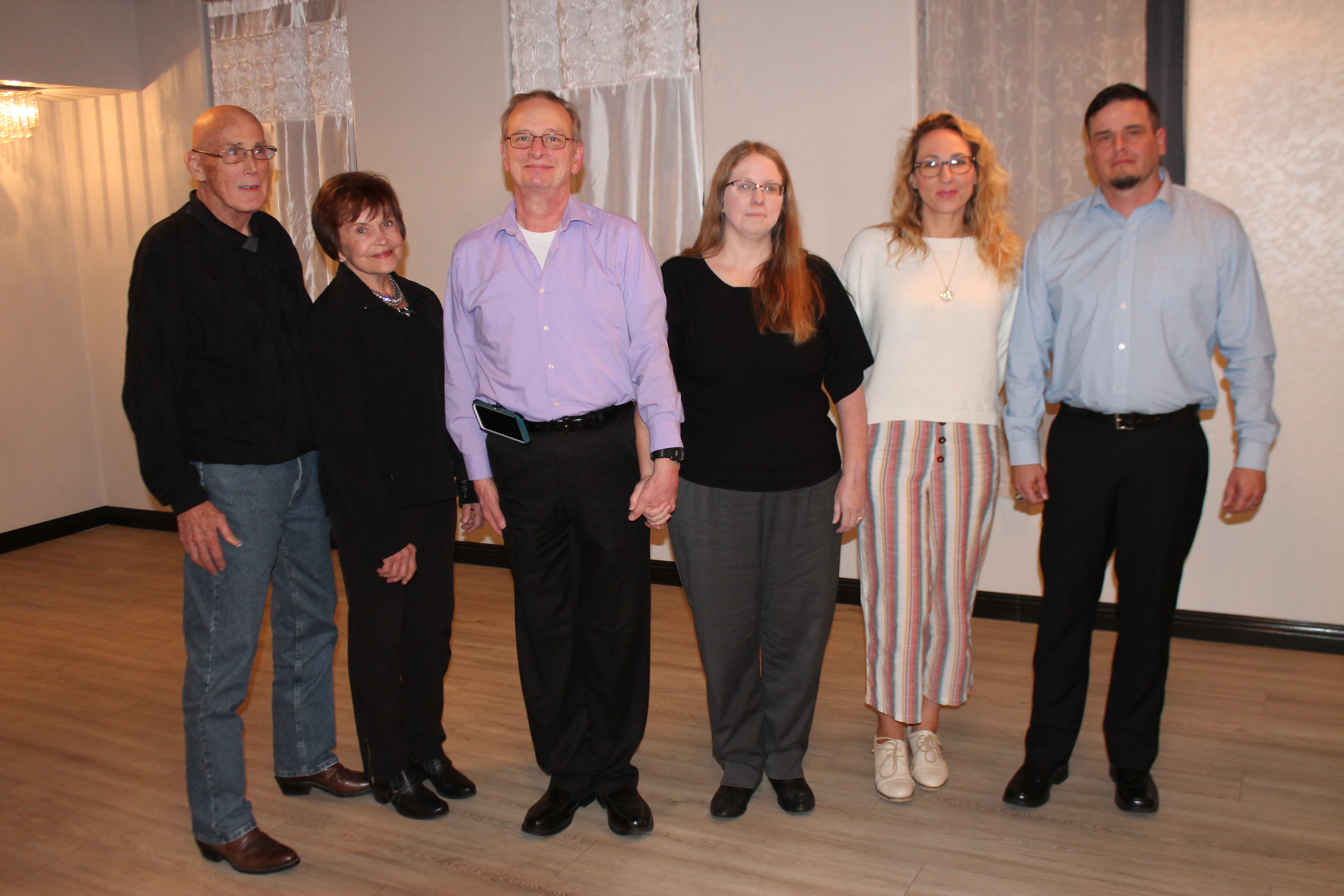 The winners of the Home Improvement Prizes awarded by Keep Hot Springs Beautiful are, from left: Ron and Barbara Engelbrecht, who won second place; Bob and Bonnie Wanzer, who won first place, and Melissa and Robert Clark, who won third place.

HOT SPRINGS – Keep Hot Springs Beautiful (KHSB) awarded three prizes for home improvement and one for the best street pod in downtown Hot Springs when they hosted their annual banquet at the Red Rock River Resort on Saturday evening, Nov. 2.

The guest speaker was Jerry Wright, who is a former manager of the Rapid City Material Recovery Facility. He told the crowd to take good care of the water and soils not only for themselves but for the future generations.

Comparing the earth to a spaceship, he said, “Whatever we have here keeps us alive.” He said we need to ask what we can do to conserve what we have.

Wright said that 32 percent of our fresh water is used for irrigation. “What is water worth to us?” he asked. “We need to protect our water, and composting is one way to do that. We’ve got a lot to do.” When soil is heavily composted it has been shown that the water goes deeper and makes the soil moister, he said.

“Fifty-five percent of the solid waste is compostable,” Wright said. He emphasized that our number one goal is to “keep solid waste out of the landfill because it will be there forever.”

After Wright spoke, KHSB President Beth Spitzer announced the winners of the People’s Choice Award. Hot Springs has 26 pods, and the public votes for the pod they think is the best of the year. This year Barb Melstad accepted the certificate on behalf of herself and her husband, Leon, and Jerry Collogan and Gary Merkle. They care for the pod on the northeast corner of University Avenue and Chicago.

Next, Spitzer announced the Home Improvement Prizes. Bob and Bonnie Wanzer won the first prize of $1,000. They removed the stucco and installed siding on Bonnie’s mother’s house where they live at 1711 Washington Avenue. The second prize of $750 was given to Ron and Barbara Engelbrecht of 307 S. Fourth Street, who cleaned up old rock and debris in their yard and put in tons of landscape rock and painted their house. The third prize of $500 went Robert and Melissa Clark of 1601 Canton Avenue, who landscaped their yard and painted their house.

Spitzer announced the KHSB annual activities. Next year they will sponsor a Garden Tour, the Earth Day Rummage Sale & Expo, the Great American Clean-up, the Pod Squad, and the Electronics Recycling Event. They recently strung Christmas lights in the Centennial Park. They have a recycling trailer in Bomgaars’ parking lot for pop cans. With the upcoming construction of the highway through town, K.H.S.B. plans to dig up the perennial plants in the pods next October 10 and place them somewhere for safekeeping until after the construction is finished and then replant them in the new pods.

The membership dues for KHSB are $25 a year, and volunteers to help with projects are always welcome.