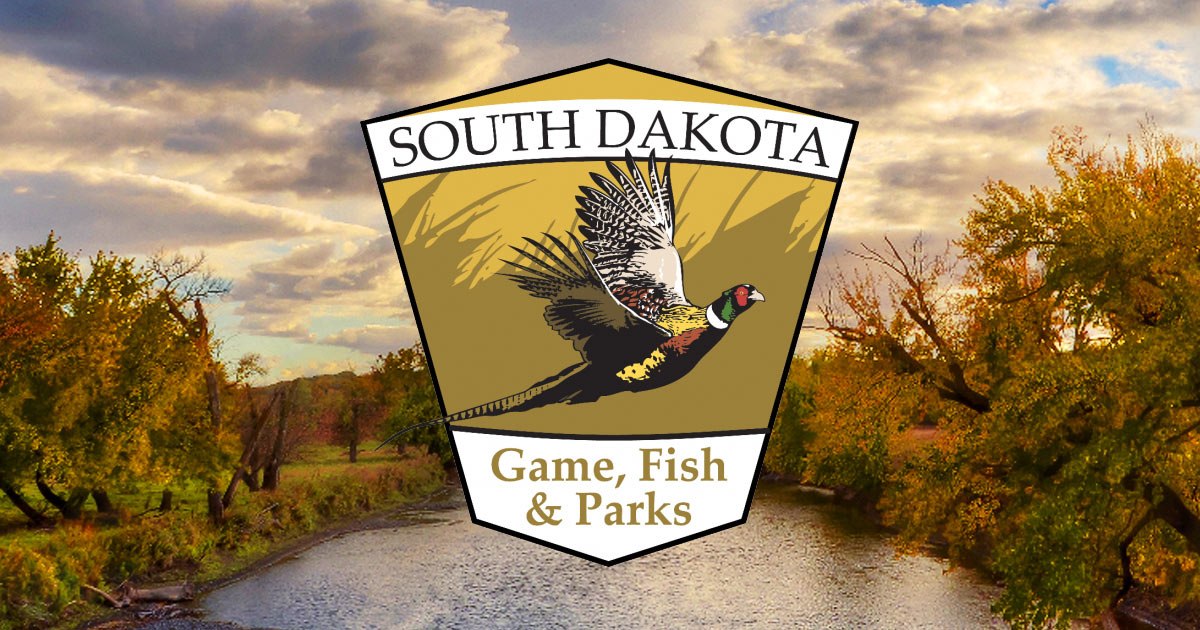 EDGEMONT – About three dozen people attended a two-hour question and answer session with South Dakota Game, Fish & Parks personnel in Edgemont on Thursday, Aug. 1, where a wide range of topics were covered – from the recent changes to the deer hunting application process, to Chronic Wasting Disease, to the ongoing issues that elk are causing ranchers in the Minnekahta Valley area of Fall River County.

The meeting was kicked off by District 30 Senator Lance Russell of Hot Springs, who thanked the GFP Department Secretary Kelly Hepler for coming from Pierre to Fall River County for the meeting, along with the other GFP officials. Also attending and speaking during the meeting was Deputy Secretary Kevin Robling; Wildlife Regional Supervisor John Kanta; Regional Game Manager Trenton Haffley; and Fall River County Conservation Officer D.J. Schroeder.

Secretary Hepler began his brief introduction by saying how committed new Governor Kristi Noem is to the state’s wildlife and the landowners who play a major role in providing habitat for them. He said Gov. Noem has taken a very active interest in the GFP Department through her Second Century Initiative, which she announced at her State Address this past January and where she was quoted as saying, “The first century of pheasant hunting put South Dakota on the map as a destination for every hunter. Now we must conserve and expand habitat to ensure that the second century of pheasant hunting will be as great as the first.”

According to the GFP website, the Second Century Initiative emphasizes the following: habitat programs to be implemented with both short and long-term approaches, Hunt for Habitat program (or raffle tag for big game species), nesting predator programs (includes the implementation of a bounty and live trap program), a specialty license plate with all proceeds going directly toward habitat management and the crowdsourcing of habitat solutions.

Deputy Secretary Robling then discussed how the new deer hunting application process achieved one of the primary goals of the department, and that was to get more people in the field hunting.

He said because of the changes – which included limiting an applicant’s ability to only apply for up to two different deer seasons in the first draw, instead of up to six (muzzleloader, refuge, Custer State Park, Black Hills, East River, West River) – there are now 1,643 more deer hunters taking the field this coming fall after the first draw, compared to last year.

In 2018, a total of 37,099 hunters drew deer tags in the first draw, while this year 38,742 hunters drew tags, which is a 4.43 percent increase. Considering that there are 500 more deer tags this year, he said there are still about 1,100 more hunters than last year where comparing the same amount of tags.

A little later in the meeting, audience member Mike Jarding brought up the topic of Chronic Wasting Disease (CWD), which has been a much discussed topic this past year within the GFP Department, as they recently came out with CWD Action Plan to prevent the spread of the disease across the state.

Chronic wasting disease (CWD) is a fatal brain disease of deer, elk, and moose that is caused by an abnormal protein called a prion. Animals infected with CWD show progressive loss of weight and body condition, behavioral changes, excessive salivation, increased drinking and urination, depression, loss of muscle control and eventual death. Chronic wasting disease is always fatal for the afflicted animal. The disease can not be diagnosed by observation of physical symptoms because many big game diseases affect animals in similar ways.

Fall River County is considered “Ground Zero” for the disease in South Dakota, as it was the first county in the state to have a documented case of the disease in a hunter-harvested deer in 2001. Since that time, additional cases have been found in Custer, Pennington and Lawrence Counties. So far, its believe the disease is only found in the Black Hills, but it is the GFP’s hope to keep it contained here and not transport it to other parts of the state, which is why they created the Action Plan earlier this spring.

Jarding, who is a member of the stakeholders group that provided input for the GFP’s Action Plan, criticized the department for not doing more in relation to preventing the spread of the disease within the known infestation area of the Black Hills. One of the ways he feels GFP and law enforcement could do a better job is by cracking down on property owners – especially within subdivisions – for feeding deer.

According to GFP literature, CWD seems more likely to occur in areas where deer or elk are crowded or where they congregate at man‐made feed and water stations. Artificial feeding of deer and elk will likely compound the problem.

Another highly discussed topic at the meeting was impact of 200-300 grazing elk are having on a group of 6-7 landowners in the Minnekahta Valley. Local ranchers Bill Miller, Scott Phillips, Jeff Collins, Tim Hammel and Les Madsen all spoke of their experiences with seeing the elk herd grow substantially in the area over the past 20 years and how they’ve been frustrated with having to deal with the financial losses of feeding the elk the crops they grow intended for their cattle.

While they acknowledged that the GFP has programs in place to alleviate some of the hardships caused by the elk, they did not feel it was enough. Scott Phillips said that the hay stackyard that GFP helped provide for him was still going to cost him $10,000 of his own money to complete.

GFP Regional Supervisor John Kanta said he was surprised to learn of Phillip’s additional personal investment and wanted to learn more about it after the meeting, because he said that shouldn’t happen under the current assistance program.

Jeff Collins called for a noticeable difference, in some way, of how the GFP treated landowners who worked the land for agriculture purposes, and those who own land strictly for wildlife purposes.

“Its costing us money and creating frustration,” Collins said, while adding that he felt strongly that there should be a “difference between growing grass for whatever reason and growing grass to make a living. Treating everybody the same, it just ain’t right.”

Bill Miller said a number of people have been buying up 240 acre parcels of land in the area strictly to qualify for landowner preference for elk tags. He added that those property sales are also driving up the cost of his real estate taxes.

Miller also agreed with Collins and said the assistance programs should favor the larger landowners who are suffering the more significant losses.

According to the GFP website, there are several programs and services available to assist landowners and producers with elk damage. GFP offers up to $10,000 worth of cost-share assistance to construct permanent protective stackyards or can provide protective, portable panels to protect stored livestock-feeds (i.e. hay, corn, silage, etc.) from elk damage during the winter months. GFP also offers up to $10,000 worth of fencing materials and protective cable that when installed correctly can alleviate damage to fences from elk crossing them. GFP offers up to $6,000 of cost-share assistance to landowners for growing-season food-plots where landowners have elk feeding on alfalfa fields or other growing crops. Landowners may also be eligible for up to $3,000 of cost-share assistance for hay land contracts. These contracts are for grasslands that are annually hayed by landowners, not grazed by livestock and have elk feeding upon these areas. GFP also provides direct assistance when elk are causing damage to growing crops or causing other issues on private lands by utilizing hazing, temporary fencing, short-stop baiting, and in some situations, lethal control and/or depredation hunts. Every situation is unique and GFP staff, working cooperatively with the affected landowner, will determine the most effective approach.

As a rancher himself, Robling said he understood the Minnekahta ranchers’ frustration and said that he knew two elk will eat as much as single cow, meaning that if you have 200 elk on your property, you can have 100 less cattle.

Robling added that the department wants to work with the landowners to find a solution. He said that as part of that solution, the department intends to allocate enough tags to decrease the herd in Unit 3.

“We’re trying to reduce herd right now in Unit 3. We’re at a slightly decrease objective,” Robling said. “The amount of elk you have right now should not grow.”

Other topics discussed by the GFP personnel included:

• The known population of around three black bears in the Northern Black Hills area.

• The need for additional road maintenance in Sheps Canyon due to the increase use caused by the expansion of the GFP Parks System on that end of Angostura Reservoir.