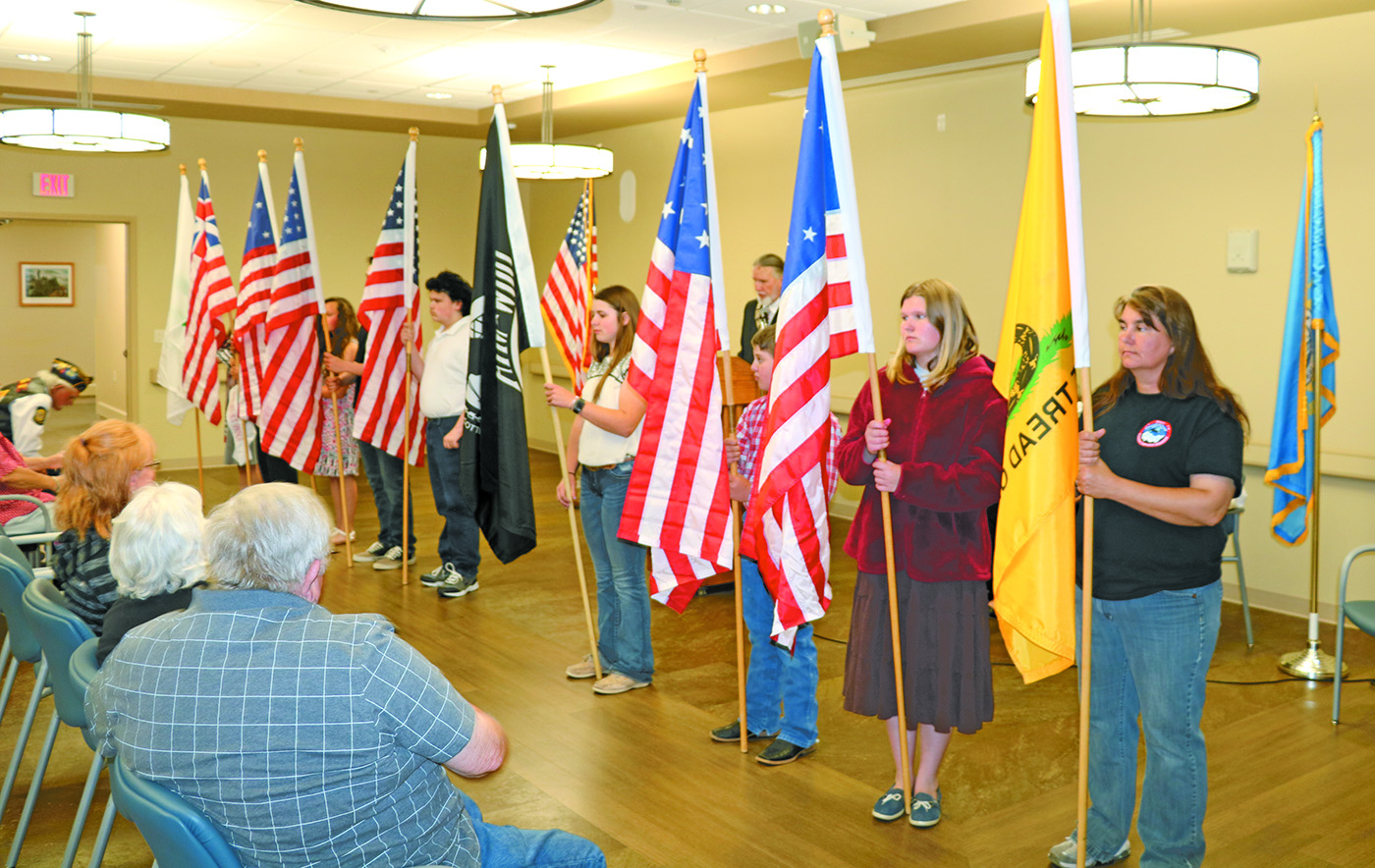 Member of Fall River County 4-H, along with some other area youth organizations, present the different flags utilized during the history of our country during a Flag Day ceremony at the State Home on Friday, June 14.

HOT SPRINGS – The Hot Springs Elks Lodge #1751 hosted its annual Flag Day ceremony at the Michael J. Fitzmaurice State Veterans Home earlier this month Friday, June 14, which is a date that commemorates the adoption of the flag of the United States on June 14, 1777 by resolution of the Second Continental Congress.

It was also pointed out during the ceremony by Elks Treasurer John Phelan, who served as the host and emcee of the event, that it was also the birthday of the United State Army as well as current President Donald Trump.

The ceremony lasted approximately an hour and included the presentation of nine different flags that have been in use by the United States of America over the course of its history, including flags predating the Revolutionary War. The presentation of flags was performed by members of the Fall River County 4-H, as well as Little Miss contestants and other youth groups.

The celebration of Flag Day is an important part of the history of the Fraternal Order of Elks.

According to their website, it is to be expected that an organization dedicated to patriotic service should seek to promote a proper knowledge of, and respect for, the American Flag, and all that it represents.

The Order of Elks has done this in many ways. Perhaps the most effective of its prescribed activities is the Flag Day Service. Each Subordinate Lodge is required to conduct this service annually on June l4th, the anniversary of the birth of the American Flag.

On Aug. 3, 1949, when National Flag Day was officially established by then President Harry S Truman when he signed Public Law 203, the Order of Elks were  not only the first fraternal organization to celebrate Flag Day, but they also made this ceremony mandatory long years before the date on which the observance became a nation-wide practice by legal decree.

The ritual for the occasion is an elaborate one and it is quite generally conducted as a public ceremonial. It is designed to be informative as well as inspirational; and the colorful pageantry provided lends itself admirably to the achievement of these objectives.