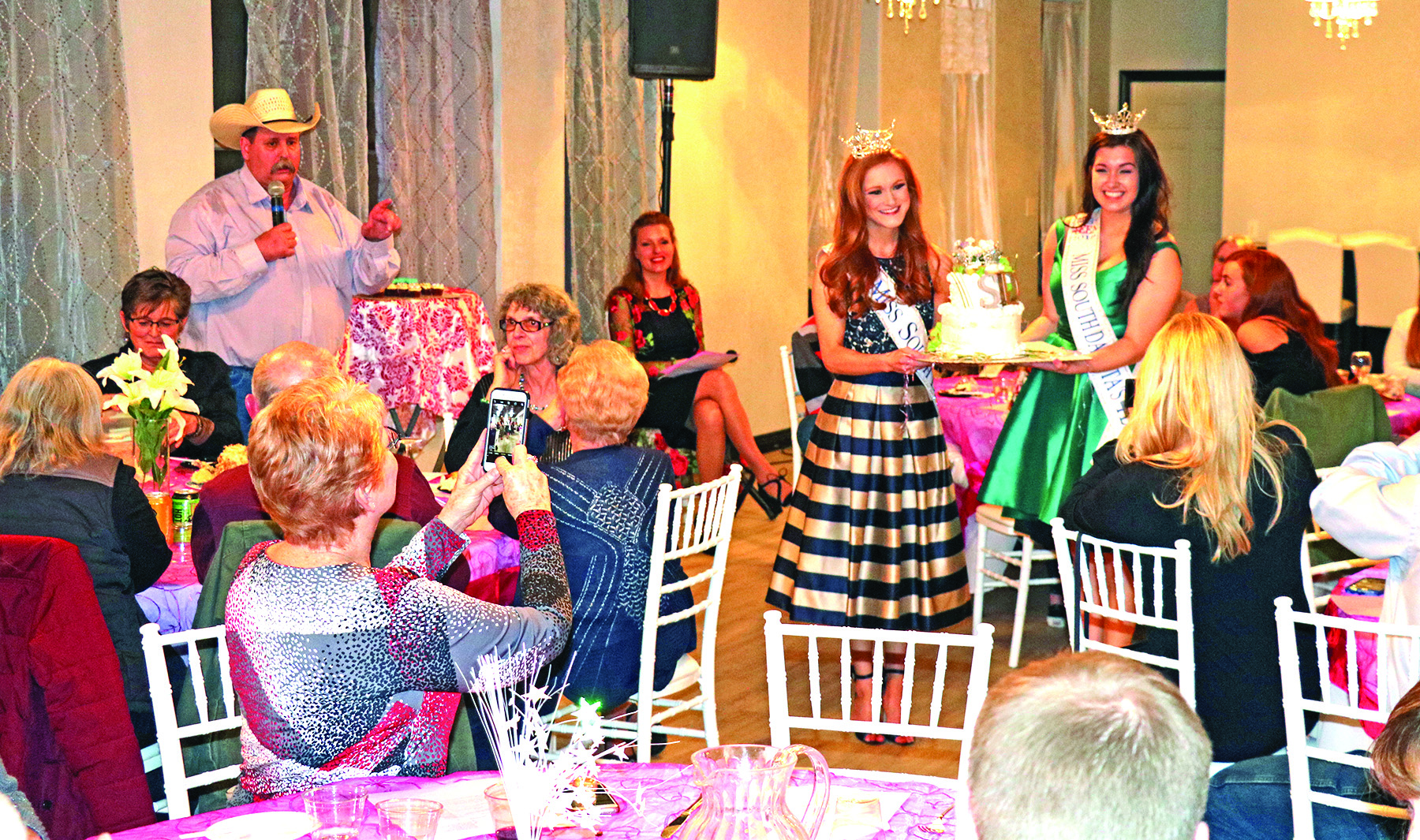 HOT SPRINGS – The Miss South Dakota Pageant itself may have left Hot Springs, but the love and support for the young ladies who benefit from the organization certainly has not.

This truth was on full display this past Saturday night, April 13, at the Red Rock River Resort in downtown Hot Springs as the venue hosted the annual Dinner and Cake Auction for the South Dakota Scholarship Foundation, where a total of $5,300 was raised for scholarships.

Miss South Dakota 2018 Carrie Wintle and Miss South Dakota Outstanding Teen Jessica Benson were the featured guests of the evening. Wintle modeled many of her gowns from this past year’s Miss America competition and spoke of her experiences, not only from the national pageant but also of her many years coming to Hot Springs to compete in both the Miss S.D. and Miss S.D. Outstanding Teen.

Benson also spoke about her experiences this past year and announced her plans to pursue a career in the military. She read her award-winning essay about her respect for our nation’s veterans, which earned her the opportunity to accompany several South Dakota veterans on an upcoming Honor Flight to Washington D.C.

The event was emceed by former Miss S.D. Sara Frankenstein Hoyt and featured Jim Fuller as the auctioneer. A total of 24 cakes and other sweet goodies were created and donated by local bakers, highlighted by the Crown Cake made by Willow Wright and donated by Lynn’s Dakotamart in Hot Springs. That final cake of the night sold for $500 to Brian Spitzer, which was the highest selling auction item contributing to a live auction total of $4,447.50. Additional money was raised through a silent auction.

Following a statewide bid process last year, the Scholarship Foundation made the decision to move the Miss South Dakota Pageant to Brookings, which marks the first time the event will be held outside of Hot Springs since its inception in 1947.

This year’s pageant will take place May 30 – June 1 on the campus of South Dakota State University, with the Outstanding Teen Pageant taking place May 30-31.

Tickets are on sale now at www.misssd.org.