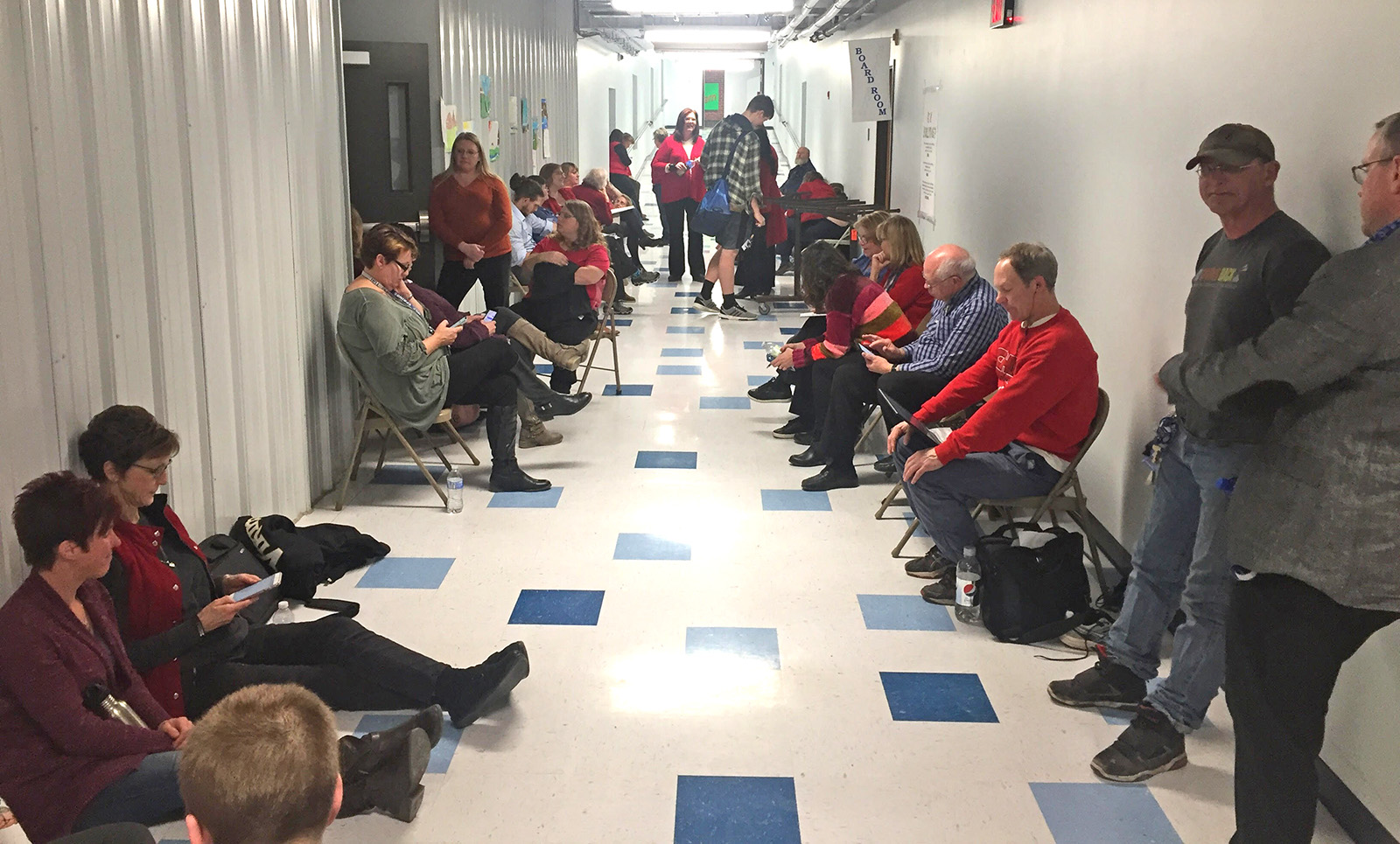 HOT SPRINGS – A packed house greeted the Hot Springs School Board this past Monday night at their regular Jan. 14 meeting as around 20 teachers attended to anxiously hear the board’s decision in relation to a pair of disputed items within the 2018-19 agreement for certified teachers.

Prior to announcing their decision, the board held a pair of executive sessions midway through the meeting totaling nearly two hours combined – with the first held for Personnel and the second for Negotiations. After reconvening, school board ultimately decided to agree with the teacher association’s request to leave the school’s Sick Bank policy as-is but went against their request to not change the Reduction In Force (RIF) policy.

The board’s decision in regards to the Sick Bank policy followed the recent recommendation by the S.D. Dept. of Labor and Regulation, who in December 2018 released a ruling that sided with the Hot Springs Education Association (HSEA). The Hot Springs teachers opposed the district’s desire to strike language in the certified contract that allows use of the sick bank days for birth or adoption of a child. The school board was wanting to replace it with language specifying that bank time may be used to care for a spouse, child or parent for a “serious health condition” as defined by the Family Medical Leave Act (FMLA).

While the board’s Sick Bank decision can be viewed as a win for the HSEA, the same cannot be said for the board’s decision in regards to their proposed changes to the district’s RIF policy. This board decision went against the December 2018 recommendation of the Dept. of Labor who had sided with the HSEA’s desire to not make any changes.

The district’s new RIF policy, which was unanimously approved by the school board on Monday night, reflects the “last best offer” presented to the HSEA during negotiations which eliminates the requirement to release “teachers who have not achieved continuing contract status” before considering the release of teachers who have tenure and have attained continuing contracts within the district.

This change to the policy then lessens the importance of being tenured as a protection from having one’s position reduced. While policy still says “seniority” (meaning years of continuing service in the District) will remain an important consideration in the RIF process, this new change then elevates the importance of other considerations including certifications, evaluations, federal and local program needs, recommendations of the administration, and extra duty assignments.

At the beginning of the meeting, during Public Participation, HSEA representative Koreen Hammel, speaking on behalf of the Hot Springs teachers, read a prepared statement acknowledging the board’s ability to either follow the Dept. of Labor’s recommendation or choose a different path. She however said the teachers believed the board would “do the right thing” and follow the state’s recommendation.

In other action at the meeting, the school board:

• Heard Business Manager Deb Ollerich read the resignation letter from former School Board President Kim Henningsen who individually thanked each board member and Superintendent Kevin Coles and also explained that his resignation was due to him and his wife moving to Jefferson, S.D., to be closer to their daughter.

• Moved their February meeting to Tuesday, Feb. 19, due to a conflict occurring on the previous date of Monday, Feb. 18.

• Set the 2019 election date for June 4 to coincide with the Hot Springs Municipal Election.

Members of the audience, made up primarily of teachers in the Hot Springs School District, wait in the hallway while the School Board and Superintendent Kevin Coles meet in a near-two hour Executive Session on Monday night, Jan. 14.