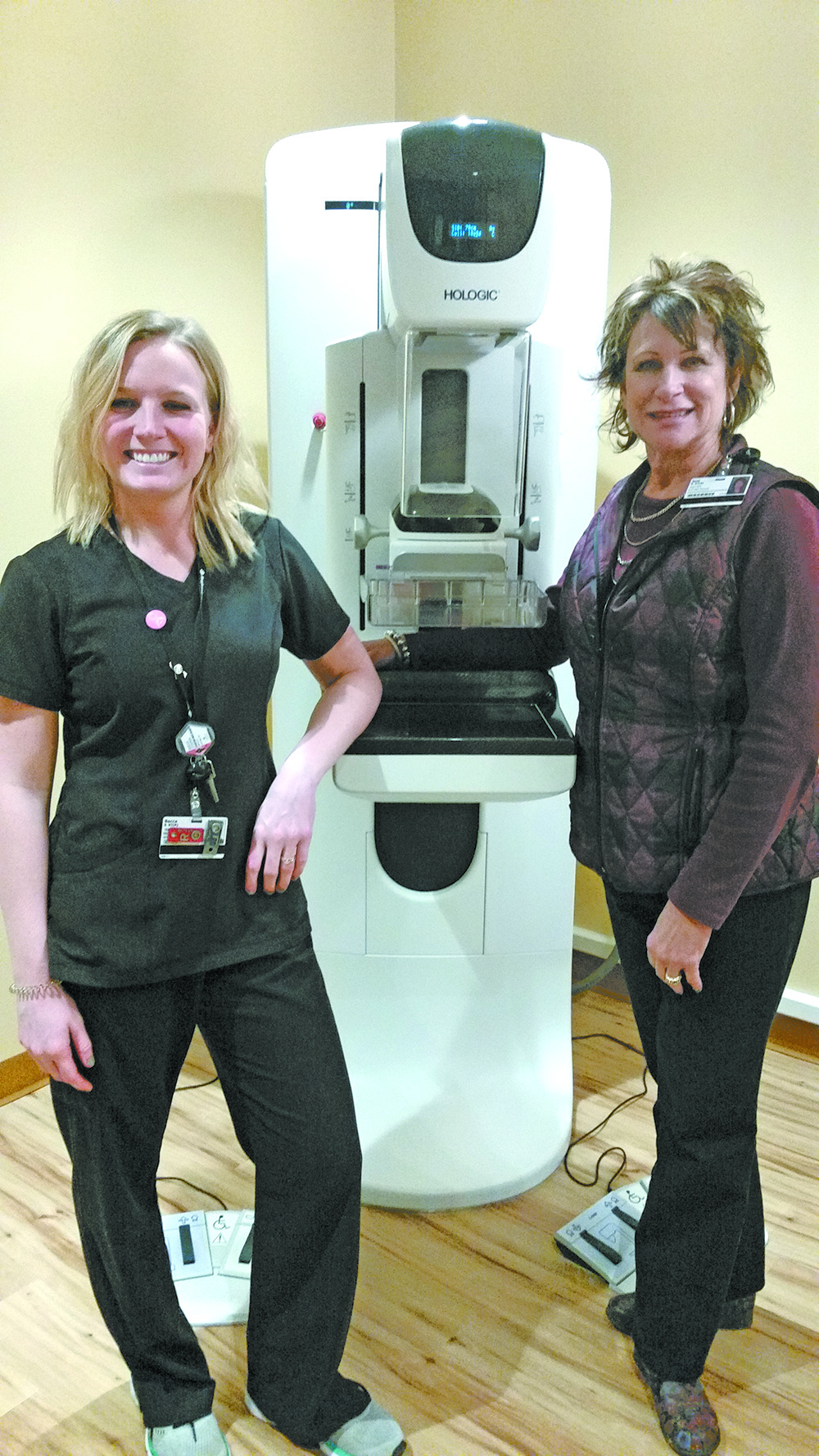 HOT SPRINGS -- “You have breast cancer.” Nobody wants to hear these words, ever. This insidious disease can destroy the lives of women worldwide, and not just the women who bear the burden, but their families as well. We’ve learned through societal programming to fear the “C” word, as it is often synonymous with words like chemo, radiation, surgery, and sometimes, death.

A few years ago, five Custer women who share a passion for breast cancer screening formed a task force to bring mammography to the Southern Hills area. Calling themselves “Mammo or Bust (MOB),” the women wrote grants, gathered statistics, held community focus groups, and spoke to area physicians, according to Joni Hill, who lives in Hot Springs but works as the imaging supervisor at Regional Health Custer.

“Finally, with the combined help and support of the Custer community and Regional Health, a unit was installed three years ago, and over 1,300 women have been screened here,” said Hill, who expressed concern about the percentage of women still not being screened. “It is still at an alarmingly low percentage,” said Hill. “The national average is 76 percent and we are desperately behind the eight ball with getting screened.”

Hill said it was easy to tabulate the statistics, as all mammograms in western South Dakota are read by the same radiology group. Statistically, it shows that Fall River County is the lowest percentage of participation, at about 25 percent.

The question is, why aren’t the eligible women having mammograms? Why indeed? While Fall River Health Services (FRHS) does not offer mammography, it promotes the screenings through equipped hospitals in Rapid City, Custer, and Chadron, Neb. While FRHS has no plans to install a mammography unit, it did at one time offer the procedure through a mobile unit, which is no longer in service. Following that up, FRHS also offered free transportation to Rapid Regional to encourage women to get mammograms without having to drive themselves. According to FRHS radiology technician Sarah Kattke, “Twice we tried this approach and nobody signed up for the service.”

“There were 6,700 women in the three counties (Custer, Fall River, and Newcastle, Wyo.) over the age of 40 who were eligible for screening,” said Hill. “To ask them to drive a hundred miles was ludicrous,” she added, which was one of the reasons for the push for the equipment install in Custer.

“We’re just trying to figure out why the women aren’t being screened,” said Hill. With more location choices, free screenings through the SD All Women Count program, and even gas vouchers for transportation, there’s no excuse for women to set their health aside. If they’re not insured or under-insured, All Women Count programs will cover the expenses.

Perhaps education is another reason. The benefits of early detection are manifold and include, primarily, peace of mind. If there’s fear involved, getting screened can reduce and even eliminate the fear. If radiation is a concern, Hill said, “If you live in the Black Hills, you get more radiation from the rocky areas than from a mammogram.” She added, “We are aware of the dangers of radiation, and mammogram offers low radiation, compared to CT scans, which are one of the highest in medical imaging.”

Now that the mammo unit is secure in the Custer community, the Mammo or Bust group, consisting of breast cancer survivors and hospital medical staff are writing this last chapter. “Now, postcards are being sent out to over three thousand women in our areas, conveying the importance of mammography and asking them to take a short survey,” said Hill. She said Regional has also begun a promotion geared toward rural ranch women, who don’t always take the time to care for themselves. “As women, we tend to put our health at lower levels than the rest of our family,” Hill said.

So, ladies, there’s really no reason to put off something that could save your life. Mammogram screenings, while still in the “hold still, don’t breathe, big squeeze” mode, is still your best choice for early detection. And, it’s not just a women’s disease. Men can contract breast cancer as well. If you notice any unusual lumps or bumps, waste no time getting to your physician.