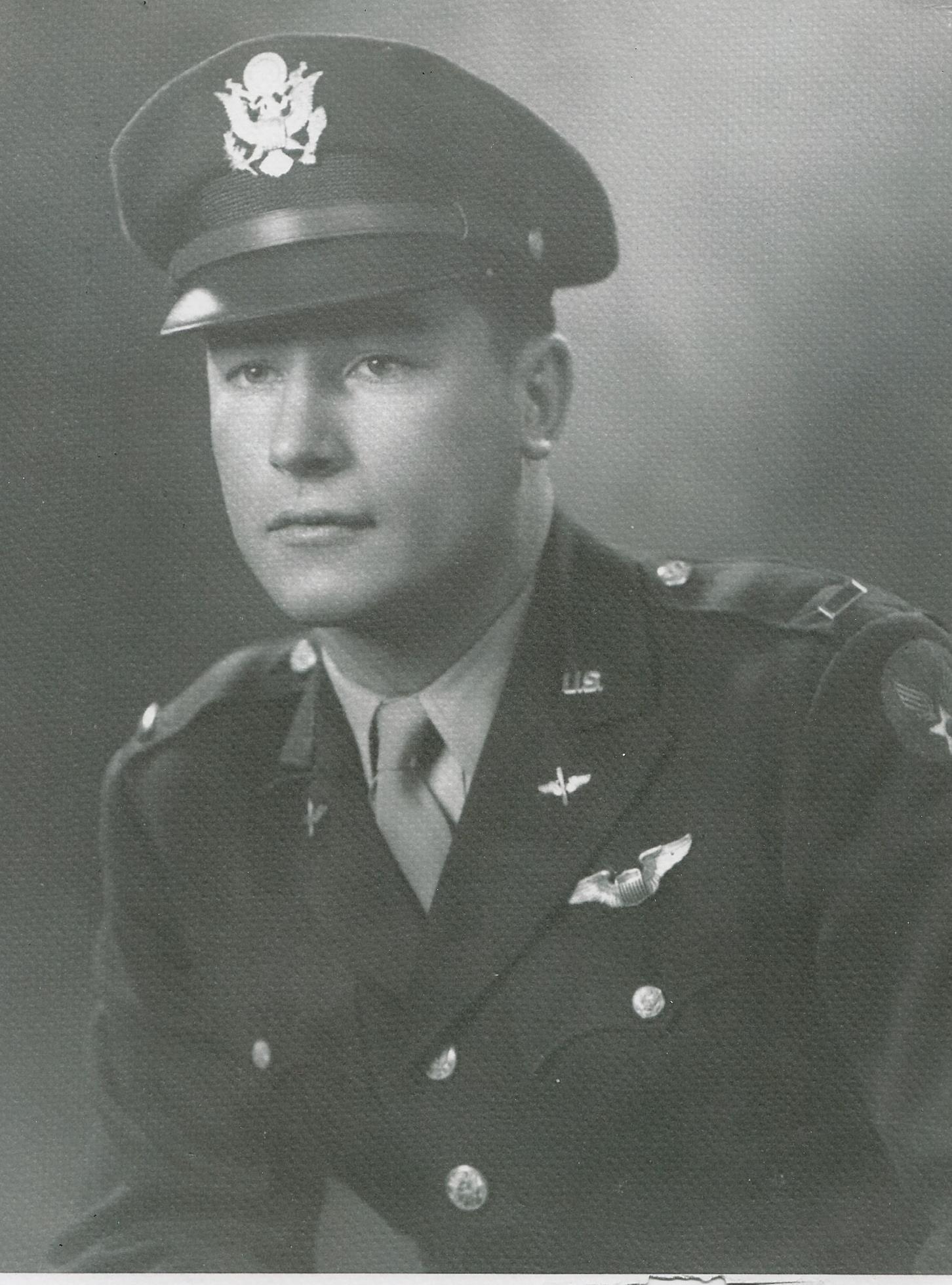 Vince was born on June 23, 1923 to Berry Floyd and Hazel Caroline (Gorr) Childers at Edgemont. He attended Edgemont Schools graduating in 1941. Vince attended the SD School of Mines in 1941-1942 and he was a sophomore student at Iowa State (Ames, Iowa) studying Mechanical Engineering when he enlisted in the Army Air Corp on December 13, 1942. Vince graduated his pilot training and received his pilot’s wings on June 27, 1944.

All Vince’s travels to the different U.S. air fields was by train. He remembered a trip from Lincoln, Neb that passed through Merriman, Valentine, and Crawford, Neb. headed to Casper, Wyo. He saw thousands of horses and mules as the train passed through Ft. Robinson, Neb. - he was riding in the caboose.

At Casper, Wyo. Vince trained to fly B-24s in a combat crew of ten men. Vince’s service was with the 453rd Bomb Group, 733 Squadron, 2nd Division, 8th Air Force. Based at Attleborough, England the B-24 crews flew missions over enemy occupied Continental Europe. Vince returned to civilian life at the ranch in Edgemont in October, 1945.

Vince married Marjorie Louise Davis of Provo, on February 14, 1948 at Edgemont. Three children were born in Fall River County: Cathy Jo, Brian LaVene, and Judy Ann. Vince was a good provider for his family. He ran dairy cows and then converted to a beef operation at the ranch north of Edgemont. He worked at the Mines Development Uranium Mill as warehouseman until the mill’s closure. Vince and Louise enjoyed a fall vacation for many years traveling to the Pacific Northwest to visit their daughters. Their travels included destinations in Canada, Oregon, Washington state, and California.

Vince and Louise celebrated their 50th wedding anniversary in 1998. Louise passed away in 1999.

A memorial service will be held at 2 p.m., Tuesday, October 2, 2018, at the Edgemont Baptist Church with Pastor Jo Cormier officiating. A private graveside service will follow at a later date. In lieu of flowers, a memorial in Vince’s name will benefit the Edgemont Mogul’s new football field.