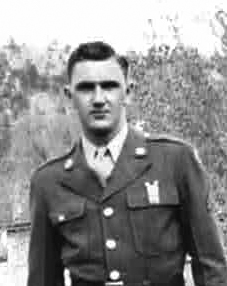 The family moved to Hot Springs in 1927 where Gerald excelled in athletics, graduating in 1942. Enrolling at USD, he lettered in football and enlisted in the Army Reserve Corp in December 1942. He served 18 months in the Pacific Theatre of Operations World Ward II on New Caledonia, Iwo Jima & Okinawa. As a Staff Sargent with the 147th Infantry, he was awarded two Bronze Star Medals, one for exemplary conduct and one for meritorious service in action against the enemy on Iwo Jima. Gerald was honorably discharged February 1946.

In 1949, Gerald graduated from USD with a 2nd Lieutenant Commission and a BA Degree.

In 1950 he married Geraldine Granberg and moved to Hot Springs where he was head coach for two years at Hot Springs High School. In 1954 he began coaching at the BIA High School in Pine Ridge.

There will be a Military and Honor Guard Service at Fort Logan National Cemetery on Friday, January 25 at 10:00 a.m. followed by a service at Gethsemane Lutheran Church, 10675 Washington St., Northglenn Colo, at 12:00 noon.